The Polaris Music Prize and Juno Award winning tenor, and activist, Jeremy Dutcher, brought the “indigenous” songs of the Maliseet culture all the way from Saint John River valley in Canada to the small town of Bethesda in North Wales on Friday evening.

The town’s independent music venue, Neuadd Ogwen, treated a packed house to an unforgettable evening of world class “world music” which I suspect many aficionados would have paid a small fortune to experience, which is ironic when you consider that Dutcher himself is determined to make the “indigenous music” box he has been placed into obsolete.

From the gentle opening of “Llyn Du” (“Black Lake”) onwards, Lisa Jen charms the audience with her delicate vocals and her disarming chats in-between songs.

There is a sadness to the set, felt by both 9Bach and anyone in the audience who was aware of the recent death of Alan James, an early founder of the WOMAD music festival. James was a close friend, manager, and a champion of 9Bach, and both their last song and an early song from Jeremy Dutcher’s set are dedicated to a man who did so much to bring the music of the world to a wider audience.

Which brings us to Jeremy Dutcher. This is his first ever tour of Europe and having thanked his hosts for their hospitality he announces “Paris, Madrid, and now Bethesda!” which elicits a roar of approval from the audience, but then the fact that the venue has secured such a prestigious artist should be celebrated.

Dutcher is garnering a lot of publicity for his album, “Wolastoqiyik Lintuwakonawa”, which blends archival recordings of traditional Maliseet songs with his own classically trained tenor voice, and piano. The performance is simple on the surface. Dutcher sits at the piano for most of the songs, standing up briefly to perform a couple with nothing but a shaker and his voice. 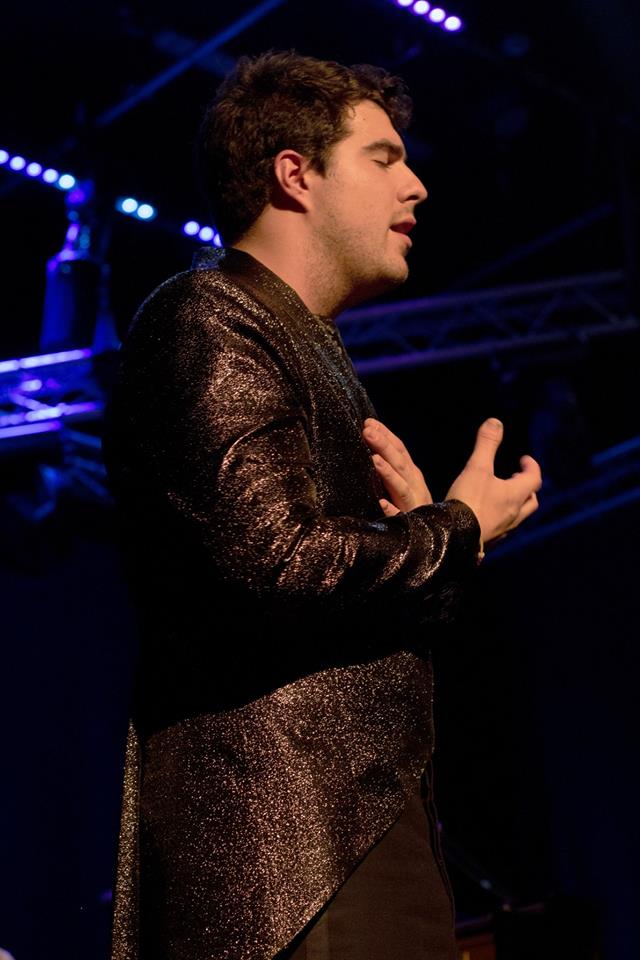 Then there are the archival recordings themselves. Whether you subscribe to the argument that analogue beats digital or not, something happens inside you when you hear these voices from the past in all their scratchy glory. In Dutcher’s own words he creates “sound worlds”, setting free these lost years and the silenced voices of the Maliseet, shining a 21st century light on them. That it was illegal to sing these songs in Canada up until the 1950’s speaks volumes. That there are very few speakers of the Maliseet language left in the world today should be considered a crime. “When we lose a language we lose everything”, says Dutcher while acknowledging a connection he sees between the Maliseet and the Welsh fight to retain and celebrate both language and cultural identity.

At one point in the evening Dutcher splits the audience into two groups and asks them to create a drone, with one half humming a G root note, and the other half humming a 5th. Dutcher then creates vocal loops, which are laid over each other. It is a magical moment.

Dutcher hopes that the label of “indigenous music” will become obsolete within a year. Judging from the quality of the music the audience at Neuadd Ogwen were treated to, I fail to see why this shouldn’t be the case. This music is hard to pigeon hole in the most positive way possible. To quote Dutcher again, “When we hear music it leaves the brain and it takes over the heart”.

The concert was both intimate and huge, a bit like a small town independent music venue hosting world class award winning music.